Open letter to the governments of the relevant countries and to particle physics laboratories, scientific organizations

Call to keep international scientific exchange out of foreign policy relations of states, in the interest of science and for peace!

International exchange and collaboration has been, for many years, a major pillar of international research in particle physics. CERN is celebrating 60 years of science for peace in 2014. Even during the cold war international collaboration and exchange proved to be possible, and the collaboration of scientists between Eastern and Western countries was an important factor for the success of e.g. LEP and the LHC (CERN, Switzerland), the HERA accelerator (DESY, Germany) as well as the research at the colliders at Fermilab and Stanford (USA).

During spring 2014, as a consequence of the conflict in Ukraine, scientists from the US were discouraged to participate at scientific conferences in Russia and even worse, scientists from Russia, who have been members of experimental collaborations for more than 20 years, were de-invited for visits in the US.

Scientific discussions and exchange are vital for science and in particular for particle physics. Scientific exchange without borders and ideologies is an essential and important path towards a peaceful world. Cutting scientific exchange is a step in escalation of international conflicts.

We call on the sense of responsibility of our governments and representatives in science organizations and committees to keep international scientific exchange out of foreign policy relations of states, in the interest of science and peace.

We call on the sense of responsibility of our scientific communities, scientific directors and our colleague researchers to do everything possible to come back to a situation, which does not hinder international scientific research and education.

We call on the responsibility of funding agencies to support strongly scientific exchange without borders. 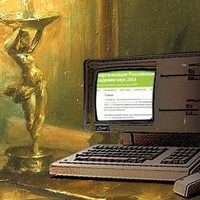